Multilingual and Heritage computing is one of the major thematic area of C-DAC. GIST has been a pioneer in Indian language computing, especially in areas of the script and natural language processing. GIST products / tools / technologies have been the backbone of several mission critical applications for bridging the digital divide. “Nurturing the Living languages” is the moto of GIST Team

On the occasion of 29th Foundation day, C-DAC announces the release of first of its kind tools for the historically important Modi-Script

Modi was invented as a cursive “shorthand” or speed writing to note down the royal edicts. Over the centuries, Modi-script has undergone changes and can be classified as: Bahamani (16th century), Shivkalin (17th century), Peshwekalin (18th century) and Anglakalin (19th -20th century). 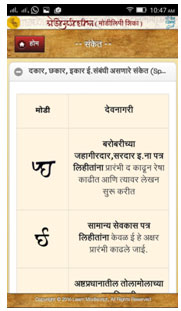 Traditional Devanagari was found to be excessively time-consuming since each character required as many as 3 to 5 strokes and the lifting of the hand, each time the stroke was completed. Modi got round this obstacle by “bending” the letters thereby doing away with the need of lifting the hand. This invention thus allowed for a continuous writing which could be used by court scribes to note the edicts. All official documents across the Maratha empire spread across India are archived in Modi-script. Learning Modi-Script is useful to Academician, Historian, Researcher and Legal experts and also for knowing more about cultural, heritage preservation

We aim to create awareness, increase proliferation, help in preservation of Modi-Script and generate interest in new generation of users 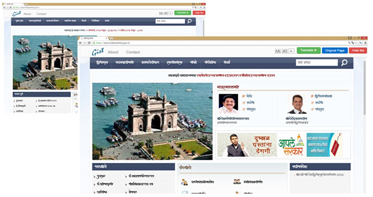