PARAM BioEmbryo cluster is a 100 teraflop machine which achieves its performance in 30:70 ( CPU:GPU) ratio. PARAM BioEmbryo is based on AMD EPYC processors with zen2 microarchitecture. It has 16 CPU only nodes and 4 GPU nodes containing 2 GPU cards in each node. Each node is a dual socket node with two 32 core AMD processors, which accumulates to 1280 CPU cores in the cluster. The cluster has 5120 GB RAM distributed across 20 nodes. Total usable storage of 240TB capacity is present as Luster based PFS mounted across the cluster nodes. The cluster is having 100 GBps EDR infiniband as primary interconnect.

It has the open source CentOS operating system and is configured with an OHPC cluster stack that consists, compilers, and libraries. Widely used bioinformatics applications are pre installed for the users. 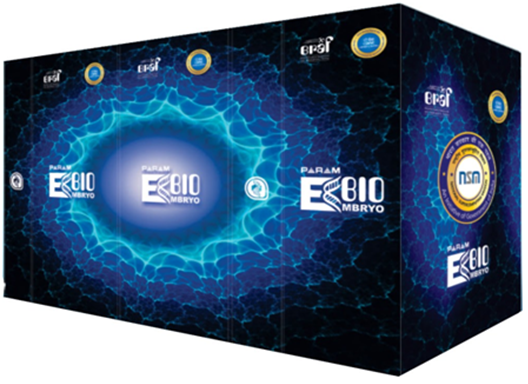 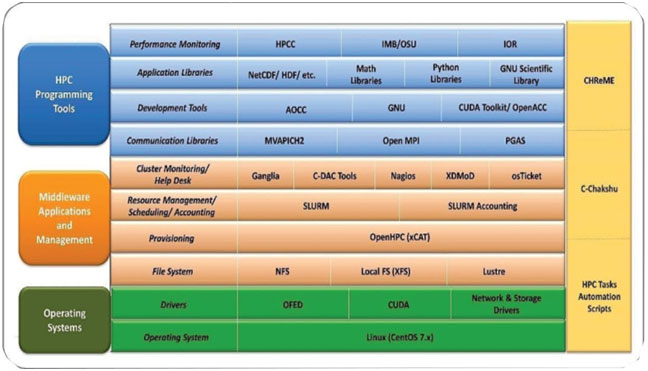 PARAM BioInferno cluster is the new addition in BRAF which enhances its capability to handle Big Data applications along with traditional HPC applications. PARAM BioInferno is based on the unique design architecture solution which fulfills the need of traditional computing as well as future computing. It consists of heterogeneous hardware with hybrid capabilities of executing HPC as well as Big Data Jobs. It is connected with the 100 GBps HDR Infiniband network as the primary interconnect. 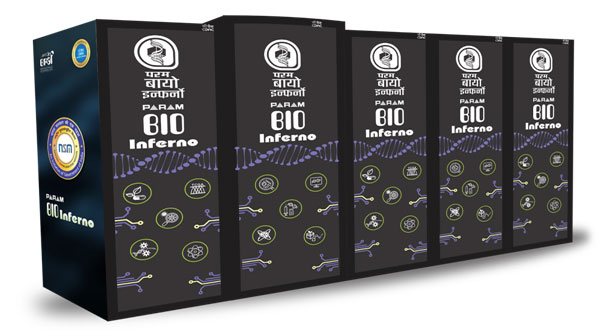